The singer practices the 'Abramovic Method' in the new video, which is obviously NSFW and available to watch below

Lady GaGa has a new album out, and in the build-up to the new release the returning singer has posted a collection of new, often pretty strange videos of herself promoting ARTPOP. On Wednesday (7 August), the singer released another video of herself, in which she practices the singing method known as the 'Abramovic Method.' Oh yeah, she's ends up taking off her clothes in the video too, all of her clothes, and lets be honest, no-one would be interested in it if that wasn't the case. 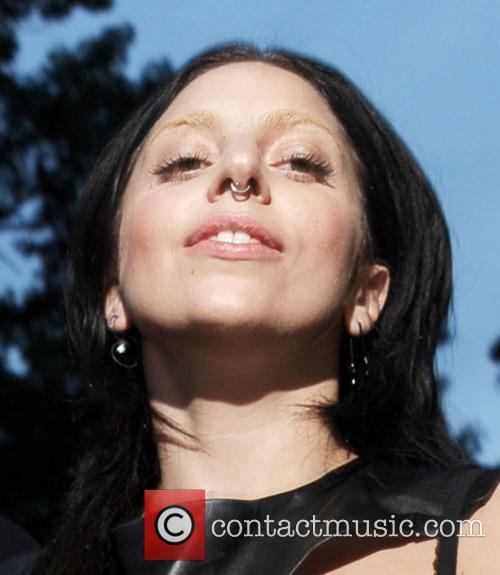 The video was uploaded to the singer's FaceBook page and to the Marina Abramovic Institute's Vimeo page and shows the singer stretching her vocal abilities in a secluded, wooded area in rural New York. The video was film last week during a three-day retreat where Marina practiced her methods with Gaga, method involving a series of exercises that are designed, according to the MAI, "to heighten participants' awareness of their physical and mental experience in the present moment."

The Abramovic Method Practiced by Lady Gaga from Marina Abramovic Institute on Vimeo.

As Gaga ups the ante in preparation for her upcoming album, she has already promised to unveil new material at this month's MTV Video Music Awards and has already released a video of herself having her septum pierced and released the artwork for her first single, 'Applause.' A track from her upcoming album has also leaked online, although Gaga has since urged her fans not to listen to it as it is unfinished and will ruin the finished product when it comes out later this year.

Artpop is the upcoming third album from Lady Gaga and is due to be released on November 11, 2013, with her first single from the album, 'Applause,' coming out August 19. You can find out more about the Abramovic Method on the official website.

Hopefully Katy Perry's next video will be more like Gaga's