Lady Gaga… Doesn’t Do Much In The Machete Kills Trailer

The singer is turning to acting, but will she be any good?

Lady GaGa will be making her big-screen bow, but our first glimpse of her in Machete Kills is a bit disappointing. She’s just on the screen for a bit, and then she’s gone. Now we’ll HAVE to fork out to see the film.

The trailer actually focuses more on some of the film’s other stars, who, admittedly, have dedicated their lives to a career in acting etc etc. Danny Trejo, Sofia Vergara, Michelle Rodriguez, Amber Heard, Charlie Sheen, Antonio Banderas, Jessica Alba, Demian Bichir, Alex Vega, Vanessa Hudgens, Cuba Gooding Jr., William Sadler, Marko Zaror, and Mel Gibson all make an appearance in someway or another. For instance, Gibson plays a crazy arms dealer, and Sheen, totally ridiculously, plays the President of The United States. We get to see him shooting a big gun, and, let’s face it, we all want to see Obama with a massive gun, so there’ that. Sheen (Mr. President) recruits Trejo (Machete, who kills) to take down Gibson (arms dealer), because obviously, no one else can get he job done. 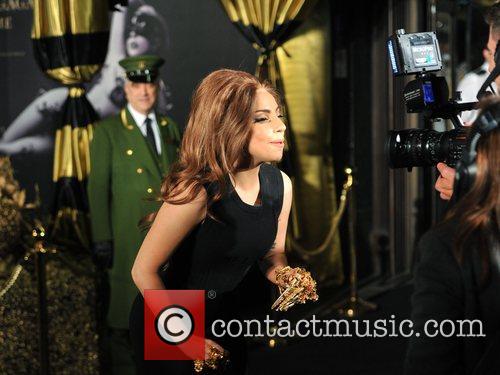 Lady Gaga posing for the cameras, she's good at that

Directed by Robert Rodriguez and written by Álvaro Rodríguez and Kyle Ward, this is a sequel to Machete, which is actually a spin off of Tarantino’s Grindhouse films. It also isn’t the only sequel Rodriquez is working on; he’s in post-production for Sin City: A Dame to Kill For, the sequel to 2005’s Frank Miller adaptation. 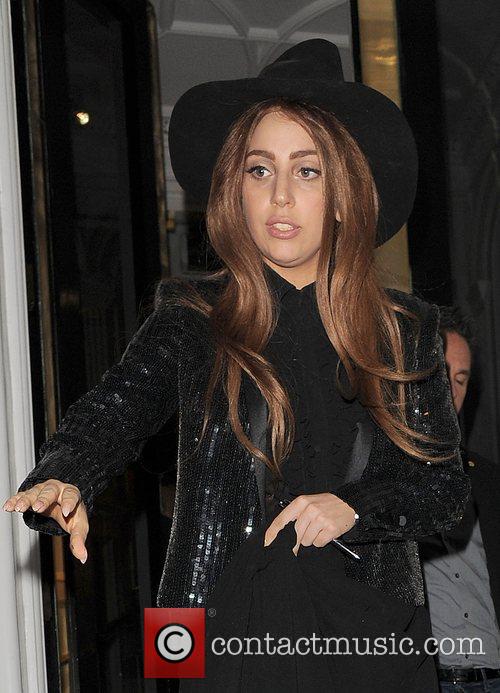 Lady Gaga in London, but she'll be donning something else for Machete Kills