Lady GaGa became a roadie for Iron Maiden after she met them backstage at one of their concerts in Tampa, Florida. 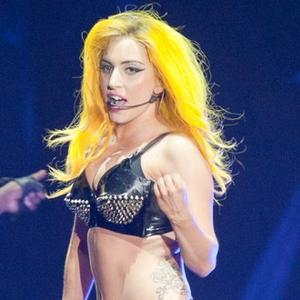 Lady GaGa has been a roadie for Iron Maiden.

The 25-year-old singer is a huge fan of The Heavy metal group and offered to do chores for them backstage when they met in Tampa, Florida during the band's The Final Frontier World Tour.

Refusing to take the Â£90-a-day roadie fee, Gaga dismissed her superstar status to carry out tasks such as ironing, preparing stage gear and handing out drinks and cigarettes to band members including singer Bruce Dickinson, bassist Steve Harris and drummer Nicko McBrain.

A source said: "It's a side to Gaga we've never seen. She is a massive Iron Maiden fan and was willing to be at their Beck and call, just to hang out with her idols.

"She was humming along to their hit 'The Number of the Beast' while carrying out her chores. And after all her hard work backstage she was rewarded with some drinking games."

The 'Judas' hitmaker revelled in the company of the 'Bring Your Daughter... to the Slaughter' rockers, whom she has cited as one of her musical inspirations, and is now said to be considering recording a track with them.

The source added to the Daily Mirror newspaper: "She loves Iron Maiden, they're her favourite band.

"Gaga was watching how they interact with their audience. She cites them as a major inspiration and has been wearing similar leathers to theirs on her The Monster Ball Tour."

"She is always thinking of unique ways to take her sound to the next level, so a collaboration with Iron Maiden would be her dream. Just imagine the video."

Gaga once revealed she'd covered one of the band's songs during her wild days at festivals before becoming an international pop star.

She said: "Before anyone knew of me as an underground songwriter and pop musician I was quite frequently naked and tripping on acid in fields with my friends.

"I used to do Iron Maiden's 'Run to the Hills' in Indian headdresses and bikinis and run round the stage with hairspray on fire. It was freaking amazing."