Lady GaGa’s choice of a 'gun-bra' stage outfit in Vancouver on Friday (January 11, 2013) has raised a few eyebrows, in the wake of recent news stories.

Gaga’s decision to wear a black bra with two guns sticking out of it could be considered to have been made in pretty poor taste, given the recent massacre of 20 children and six adults at the Sandy Hook primary school in Connecticut recently.

Gaga has worn the bra before, for a 2010 Rolling Stone cover shoot, according to Vibe.com, but you do have to question her decision to dust it off and give it another showing, in light of the raging gun control debate that is currently rattling on through American society. Was Lady Gaga trying to make a statement by wearing the bra? It’s quite possible, although deciphering exactly what her message might be, exactly is proving a little tricky. Perhaps she was simply worried that Sharon Osbourne might be in the audience and wanted to protect herself after her recent spat with Sharon’s daughter, Kelly Osbourne.

Lady Gaga is known for courting controversy and often does so through her bizarre choice of outfits. We’ll have a hard time forgetting that meat dress, now, won’t we. And everyone remember the time she turned up at the Grammy awards inside an egg? That’s just what Gaga does. We’re not sure if she was making a statement, being controversial for the sake of it, or simply wasn’t thinking. Either way, she’s managed to hit the headlines once again. 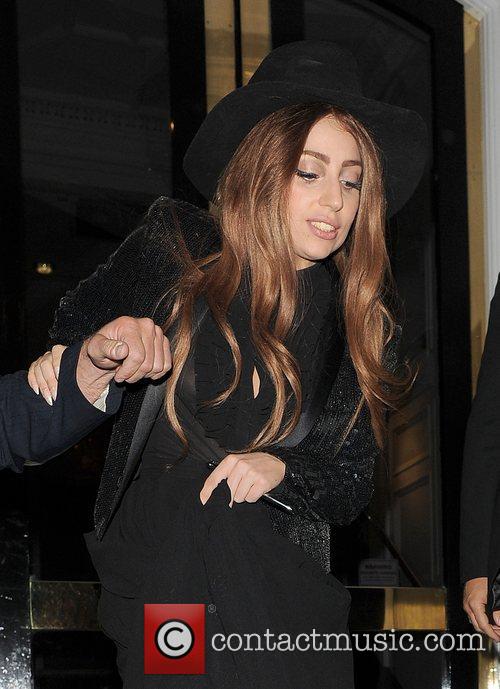