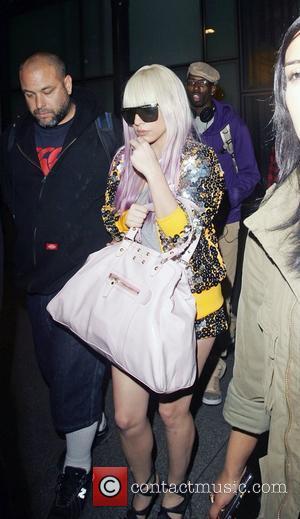 Lady GaGa is stunned by the success of her chart-topping debut JUST DANCE - because it took her just 10 minutes to write the track.
The song reached number one in six countries, including the U.S. and U.K., and even earned the singer a Grammy nomination.
Gaga tells Britain's Heat magazine, "It's been unbelievable the way the song has crossed over into the mainstream. It took 10 minutes to write!
"I think it's because it's a happy record. Maybe the record will be appreciated more now there are lots of people who are going through rough times, losing jobs and homes."