Gaga and Judas Priest to collaborate?

Lady GaGa and heavy metal band Judas Priest could collaborate on a new song after meeting backstage at a gig in San Diego, California. 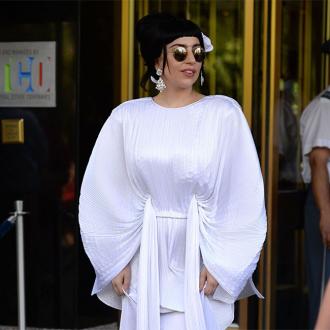 The 'Applause' hitmaker has been discussing working with the veteran metal band on a new single and the band's singer Rob Halford seems keen on working together in the future.

He told the Huffington Post: ''I've been a huge fan of Gaga since she first burst on the scene. I just love everything that lady represents. First and foremost, her voice is extraordinary. I love her voice. She's an accomplished musician, she plays piano really well, she's just a great songwriter. And she's a beacon of hope for a lot of people in the world.''

The 'Breaking the Law' rocker met Gaga for the first time when he was a guest at a concert in San Diego, California - and now the pair are making plans to hit the studio together.

He said: ''[Meeting her] was a real moment come true. We didn't really have much time to talk. She's busy. I'm busy, but we've agreed to get together at some point and just hang out and maybe do something. I don't know if that will ever happen, but I love her to death.''

Gaga has previously spoken about her love of metal music and recently hung out with Anthrax drummer Charlie Benante.