Lady GaGa's new method of creating music might be a bit startling.

Lady GaGa has stripped on camera again, but don’t rush to criticise – it’s for art. More specifically, it’s for ARTPOP, Gaga’s highly anticipated upcoming album. The advert, which isn’t really Gaga’s first foray into the world of performance art (you could say most of her videos fall under that category) pays homage to Marina Abramovic, the artist who sat in a gallery for over 700 hours and was also the woman who was the inspiration behind Jay Z's 7 hour Picasso Baby performance. 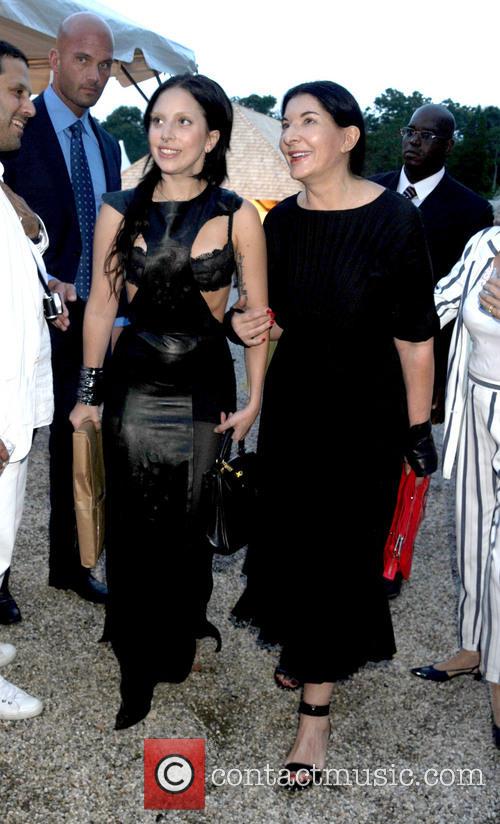 Gaga [left] and Abramovic [right] have praised each other's work on numerous occasions.

The video shows Gaga herself, practicing the Abramovic Method, or in layman’s terms, meditating in nature, hugging a giant crystal in the fetal position, that kind of thing. It is clearly just an interpretation of the experiment, held at the Marina Abramovic Institute with willing participants and Gaga has put her spin on it – for example, the nudity as opposed to a white lab coat.

The Abramovic Method Practiced by Lady Gaga from Marina Abramovic Institute on Vimeo.

The point stands however. The Abramovic Method is meant to sharpen focus and increase concentration. Apparently, Gaga is telling us that she’s… focusing on ARTPOP? Fans and haters alike will have to wait until November 11th to judge the result of said meditation in its entirety. All we can say at this point is, at least there are no eggs involved this time.

And this is the method in its original form. More information available on the MAI website.

THE ABRAMOVIC METHOD from ART+VIBES on Vimeo.