Millie Brown says there is a ''clear difference'' between her performance art and the eating disorder, and insists she didn't intend to offend anyone. 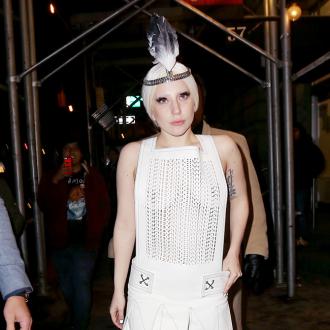 The woman who vomited on Lady GaGa has hit back at Demi Lovato's bulimia claims.

Millie Brown says there is a ''clear difference'' between her performance art and the eating disorder, and insists she didn't intend to offend anyone when she made herself regurgitate during the singer's performance of 'Swine' at the SXSW Music, Film + Interactive Festival festival in Texas on Thursday (13.03.14).

She told TMZ.com: ''There's a clear difference between using my body to create something beautiful, to express myself and feel powerful, rather than using it to punish myself and conform to society's standards.''

Gaga received a flurry of backlash after Millie - who begins the stunt by drinking coloured milk - stuck her fingers down her throat and vomited onto the 'Applause' singer while she played the drums on stage.

Demi Lovato, who has battled bulimia in the past, later took to Twitter to vent her frustration, accusing the 27-year-old singer of glamorising the eating disorder.

Demi tweeted: ''Sad... As if we didn't have enough people glamorizing eat disorders already. Bottom line, it's not ''cool'' or ''artsy'' at all.

''Would you let someone bring a needle and shoot up on you? Addiction is addiction. (sic)''.

Meanwhile, Lady Gaga - who has also struggled with body image in the past - said yesterday she fears she had got ''really fat'' during her stay in Austin, Texas.