Lady GaGa has always managed to stay within the public consciousness due to her outlandish aesthetic, fantastical live performances and unusual and queer comments. However, most importantly her previous albums (particularly The Fame Monster and Born This Way) injected a fearless energy of euro-trash dance-floor anthems, which have propelled and maintained her in the realms of superstardom. Her previous album ARTPOP was received lukewarmly and is still incredibly underrated, mainly because as it was a much harsher, trashier and thematically much more confused outing than prior experiments. 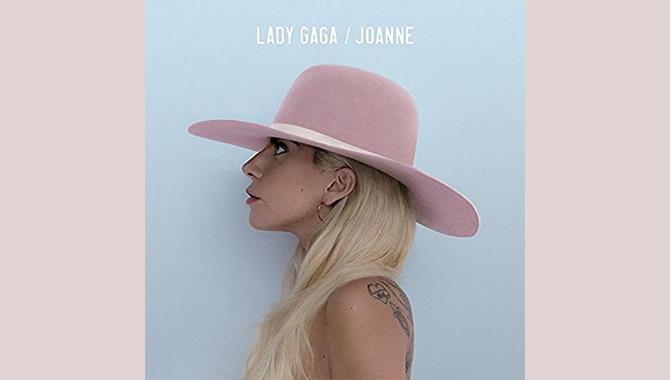 Within the time between ARTPOP and Joanne, Gaga has remained a staple within pop culture through different mediums; releasing an album of jazz standards with Tony Bennett and touring it, performing a wonderful melody of songs from The Sound of Music at the Oscars in 2015, winning Billboard's Woman of the Year 2015, as well as starring in the hit TV show American Horror Story and winning and Golden Globe for her participation.

Gaga's return to her own music, as anticipated as it may be for her swarms of 'monsters' however is an admirable attempt at regaining a sense of authenticity in an era where authenticity seems to imply artistic evolution. In that regard, Gaga achieves an illusory form of such mainly through how meticulously rendered the album is. In an attempt of a bold rebranding of her now stripped down aesthetic lies confused half-baked concepts and a cacophony of confused and messy songs which are an unusual, and for the most part unsuccessful, hybrid of Americana, Rock, Blues, Folk, Europop, and Country. Joanne is painfully over-produced, which compromises the elemental nature which Gaga is going for, and for someone who still identifies herself to the public as Lady Gaga, Joanne is the result of a failed attempt at sincerity from an artist who has initially revelled in playful liberation and artifice.

That is not to deny that there aren't some fun tracks scattered throughout Joanne; Perfect Illusion was a bold first single to release to represent it, its gradual build in its incessant melody as Gaga strains her voice over the collaborative powerhouse of Mark Ronson and Tame Impala's Kevin Parker is a romp. And as always with Gaga, when she doesn't try so hard is when she is at her best. Title track Joanne is one of the records highlights, where the production is simple and allows Gaga's voice to soar. Piano ballad Angel Down is another moment where her vocals are at their best. Another notable track is the collaborative effort with Florence Welch from Florence + The Machine Hey Girl, which is a lovely duet of female empowerment through encouragement and good will.

However, the tracks John Wayne and Come to Mama are possibly some of the worst songs Gaga has ever released. And the main problem is that this album revels in the same sheen of prior releases while trying to lean towards a more natural and authentic presentation of herself and her music. This album tries too hard to pull into the influences that it holds dear, but then shuffles them to the point of cringe-worthy tackiness. It's an admirable effort and an interesting predecessor for future releases, but Joanne is unfortunately a failed experiment.