Labrinth Preparing To Record With Rihanna

Labrinth is hoping to record some ''hot'' songs with Rihanna for her forthcoming seventh solo album. 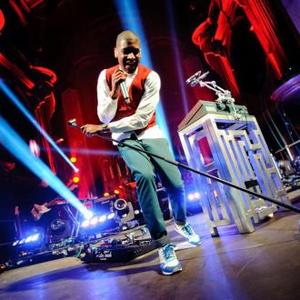 Labrinth is hoping to record some ''hot'' songs with Rihanna.

The 'Last Time' star is writing material for the 'We Found Love' hitmaker's forthcoming seventh solo album, which she is believed to be working on in London.

He told Capital FM: ''I'm supposed to be working with her soon hopefully, so I've spoke to her managers.

''I think she's currently working on some stuff so everybody's in there at the moment and she's working in certain studios so it seems like it's very exciting.

''She's not in my studio yet but hopefully I'll have some hot ones on her album.''

Labrinth, 23, revealed in 2010 he had been offered the chance to work with Barbados-born Rihanna, but he had turned it down because he was concentrating on working on his own album, 'Electronic Earth', and British artists.

He said: ''I could work with Rihanna if I wanted to but right now, I'm going to stick to UK artists. We've got loads of Americans coming over here to talk to us about music, so it's really exciting and we need to create more while the door is open.''

Labrinth has previously produced hits for Tinie Tempah and Yasmin.