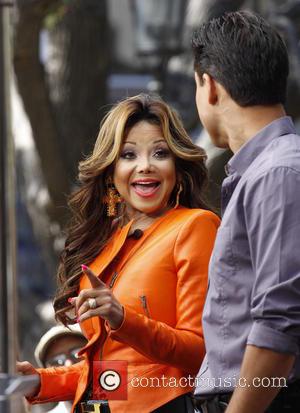 La Toya Jackson is convinced that she can hear her late brother’s ghost tap-dancing in the family house. The former Celebrity Apprentice star LaToya was talking on Good Day New York when she confessed that she can still feel Michael Jackson’s presence at times. One of her security guards apparently told her that he could hear tapping, like someone tap-dancing, in the house. “When he told me I said ‘You’re kidding,’ that made me want to know even more about hearing someone tap dance over a certain part of the house. Michael used to do that every Sunday for two hours.”

“It’s the strangest thing because you feel something like thick around you or behind you and you’re wondering,” she described. “You don’t see anything, but you feel a presence … It’s very interesting because it is there, it’s definitely there.” La Toya went on to reveal more details about the friendly haunting: “We go up there and no one’s up there … and just tap dancing,” she recalled. “And the dog barks at his room, the window, every single night at the same time … the dog doesn’t even know that that’s Michael’s room, and the security didn’t know … so it’s weird.”

On the show, LaToya explained that she likes to surround herself with positive people. She didn’t seem willing to talk about her clash with Omarosa on Celebrity Apprentice. In fact, she managed to side-step those questions, completely and was so adamant that she didn’t want to answer, that the show’s presenters just skipped straight on to the next topic.

Watch the video of LaToya Jackson talking about Michael Jackson 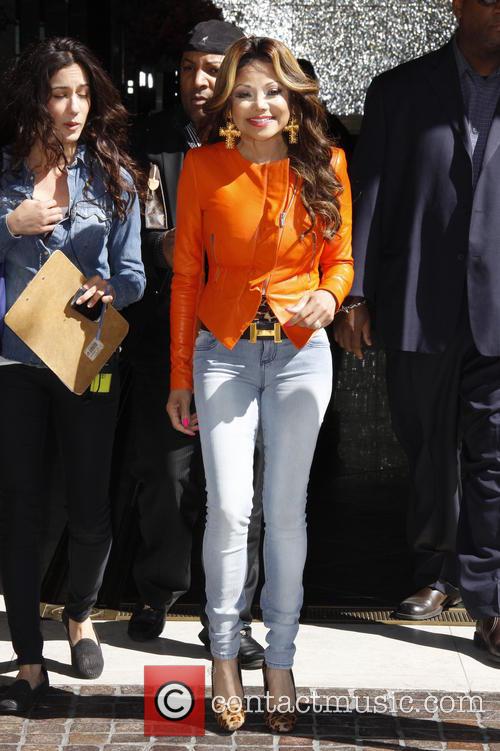