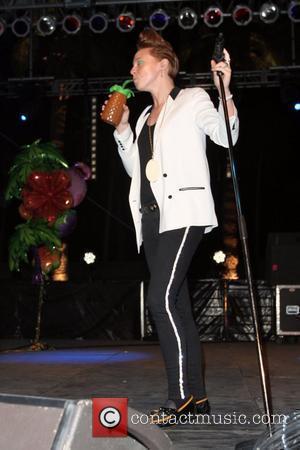 British double act La Roux have been forced to delay the start of their upcoming U.K. tour as a result of the chaos following a volcano eruption in Iceland last week (15Apr10).
The Bulletproof hitmakers were due to start their trek in Southampton, England on Friday (25Apr10), but they have now pushed back the date because of the complications surrounding the eruption, which grounded all flights to and from Europe over the weekend.
La Roux were also scheduled to perform in Reading on Saturday (26Apr10) night, but they have rescheduled the show for 04 May (10), while the Southampton gig will now take place on 13 June (10).
Tickets for the original shows will still be valid for the new dates.
La Roux will now kick off the tour on 28 April (10) in Brighton.