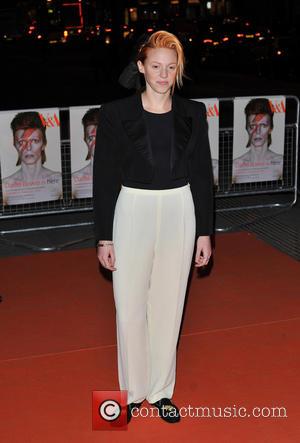 La Roux singer Elly Jackson feared her career was over when she suddenly lost her ability to hit the high notes.

The In For The Kill vocalist found herself thrust into the spotlight following the release of the group's critically acclaimed debut album in 2009, but the pressures of fame became to mount up and almost killed her talent.

Jackson began suffering anxiety attacks, which came to a head when she found herself unable to sing at a concert in Los Angeles, attended by representatives from her U.S. record label.

Remembering the traumatic performance, she tells Britain's The Observer Magazine, "Everyone said it wasn't that noticeable, but I don't see how it cannot have been noticeable when no sound was coming out.

"I thought my career was over... Singing in falsetto gives you this really specific feeling... When you reach certain high notes, that's how it feels... you really feel it between the tip of your nose and the top of your forehead, right down the centre, which is why I always close my eyes when I sing. It's like a drug. It's a zing... you feel it through your skull. And to think you're not going to be able to feel that forever...

"I got tested for lung cancer, throat cancer. You name it, I tried it. And I was shocked there didn't seem to be any support system for a singer on a major label who had this problem. Nobody seemed to know what to do."