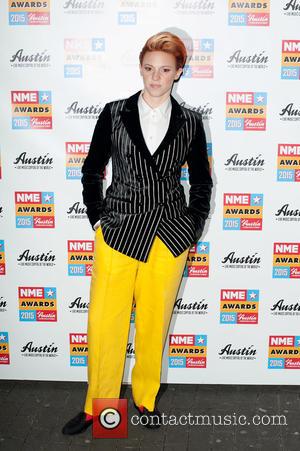 The La Roux star spoke out after it emerged up to 70 per cent of acts booked for the U.K.'s annual festival season are male, with the top billing slots also dominated by men.

Jackson insists the statistics reveal sexism is rampant in the industry, but she also questions whether there are enough mass-appeal female rock musicians pushing for headline slots.

In an appearance on the BBC's Newsnight on Monday (08Jun15), the singer was asked if she agrees there is "institutionalised sexism in the music industry", and she replied, "Of course I do, yeah. I think it's more complicated than that though. I think the way women are kind of slightly pushed into a more pop direction than men, I also think that that's an issue, and then I think you've got another issue of the fact that festivals traditionally have drawn from say a more... kind of alternative style of music, or rock, or whatever, that's been generally dominated by men, and I think that's a good question as well: Why aren't there more women wanting to fulfil that particular kind of role?"