The Rolling Stones' frontman is planning a small LA funeral but the fashion designer's adopted sister wants her body to be buried near their childhood home in Utah.

L'Wren Scott's Utah family and her boyfriend Mick Jagger are not cooperating well with each other during this difficult time.

The Rolling Stones' frontman is still attempting to deal with the sudden suicide death of his fashion designer girlfriend.

But the situation has become even more difficult after new reports have surfaced that claim Jagger cannot agree with Ms Scott's family on where her final resting place should be.

The 70 year-old rockstar was scheduled to play several shows in Australia and New Zealand with his band, but after hearing the tragic news, the tour has been postponed.

Jagger then fled to Los Angeles to be with his children, and he has allegedly made plans for a small and private Los Angeles funeral this week, according to NY Daily News.

However, L'Wren's adopted sister Jan Shane wants her to be buried in their childhood hometown of North Ogden, Utah.

Jagger has reportedly been speaking to his longtime love's brother Randall Bambrough, but has had no contact with Jan.

"I'm sure she's hurt and frustrated, and would just love to know what's going on," a source told the Daily News. "She was just as much Jan's sister as she was Randy's. She doesn't know what other options she has right now but to wait and see what happens."

Mick's daughter, Karis, flew from London on Saturday to join her grieving father at LA's Four Seasons Hotel, and has since been spotted searching several cemeteries in the city.

But like Jagger, she has found it particularly hard to cope with the passing of Scott.

"Karis has taken L'Wren's loss particularly hard as they were close and loved talking fashion," the source continued. "She knew how much L'Wren meant to her father, the question now being debated is where L'Wren will be buried."

L'Wren's assistant found her hanging from a scarf on a doorknob at 200 11th Avenue around 10 a.m. on Monday morning (March 17th). 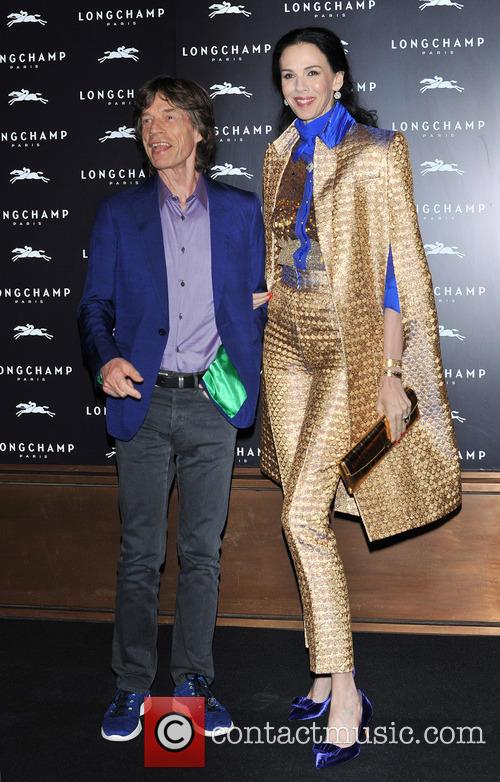