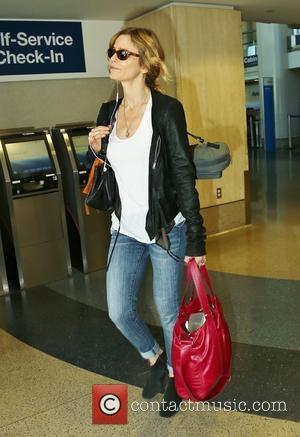 Kyra Sedgwick and Kevin Bacon's rocker son Travis has taken to tipping pig's blood over himself as part of his new thrash metal band's stage act.

His concerned mum was thrilled to learn the guitarist had landed a spot in the "well-known" group's line-up, but she freaked out when she discovered the goo he and his bandmates douse themselves in onstage isn't fake blood.

Sedgwick refused to name her son's band, but she might be interested to know that Swedish black metal band Watain turned fans off with a pig's blood shower during their show at the Brooklyn Night Bazaar in New York City in June (14).

Lead singer Erik Danielsson drank pig's blood from an animal skull and then sprayed the rest of the gooey liquid over his bandmates and into the audience.

According to reports, fans started throwing up when the smell of the blood took over the venue.