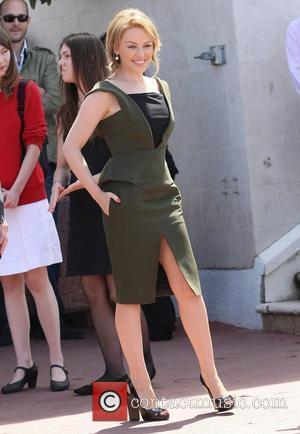 The song Kylie Minogue sings in new movie Holy Motors was penned by Irish pop star Neil Hannon.
The Divine Comedy frontman has revealed he's the brains behind the song Who Were We?
Holy Motors, which stars Minogue and Eva Mendes, is currently in competition at the Cannes Film Festival.
An instrumental version of the tune also appears during the end credits.
The film will be released in France on 4 July (12).