Kylie Minogue To Kick Off Christmas In London

Australian Pop Star Kylie Minogue Is To Kick Off Festive Celebrations In London By Switching On The City's Famous Christmas Lights. 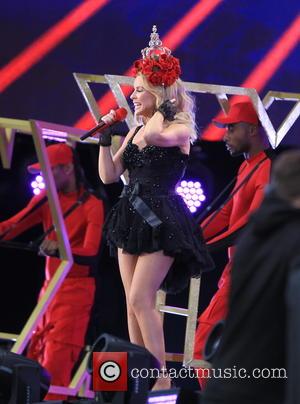 The Spinning Around star will head to the U.K. capital's central shopping district to throw the switch on the Oxford Street light display next month (Nov15).

The event will also feature performances by pop star Foxes and singer Gabrielle Aplin, as well as castmembers of West End show Matilda The Musical.

"This event officially marks the start of Christmas for London," says radio presenter Dave Berry, who will host the bash. "The atmosphere on Oxford Street at the lights switch-on is always fantastic and it is great to be part of the Christmas countdown once again."

Other stars to have previously switched on the Oxford Street lights include the Spice Girls, Cliff Richard and Kylie's Kids collaborator Robbie Williams.