Kylie Minogue made her boyfriend Andres Velencoso constantly listen to her new songs to help her decide which ones should go on her upcoming album 'Aphrodite'. 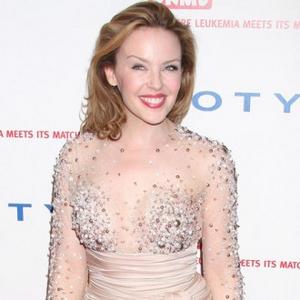 Kylie Minogue let her boyfriend choose which songs went on her new album.

The Australian singer constantly played her Spanish model boyfriend Andres Velencoso her latest tunes to help her decide the final tracklisting for eleventh studio LP 'Aphrodite' - which is set for release on July 5.

Kylie said: "I recorded lots of tracks, then I had to work out which ones were the best. I was listening to them on my big, noise-reduction headphones everywhere I went and I was blasting them out in the house and in the studio.

"Then, one day me and Andres got really silly, dancing around the place. Our test of a good tune is to see if it still grabs your attention when you are in another part of the house. So we were going from room to room. He told me he loves the whole album. We love having a dance together to it."

The 41-year-old star - who has been dating Andres since they met at a party hosted by Dita Von Teese in 2008 - also revealed she can't stand being apart from the 32-year-old hunk, which is why he travels everywhere with her and fits his work around hers.

She joked: "He's much taller than me. Luckily, that doesn't matter when we are lying down!"

One thing the couple don't have in Common, however, is a love of exercise.

She added in an interview with The Sun newspaper: "He's always up first thing in the morning to get down to the gym. He loves the running machine and the weights. I prefer to have a lie in. The only regular exercise I do is some Pilates. I'm much happier lying in bed."