In a first for the show, Minogue handed one of her choices over to boyfriend Joshua Sasse.

Kylie Minogue made an emotional appearance on long running BBC radio series, 'Desert Island Discs' on Sunday, opening up about her former boyfriend INXS singer Michael Hutchence and new love, actor Joshua Sasse. Minogue picked INXS’ ‘Need You Tonight’ as one of her eight song choices and described Hutchence as the person who ‘believed’ in her during the early stages of her career. 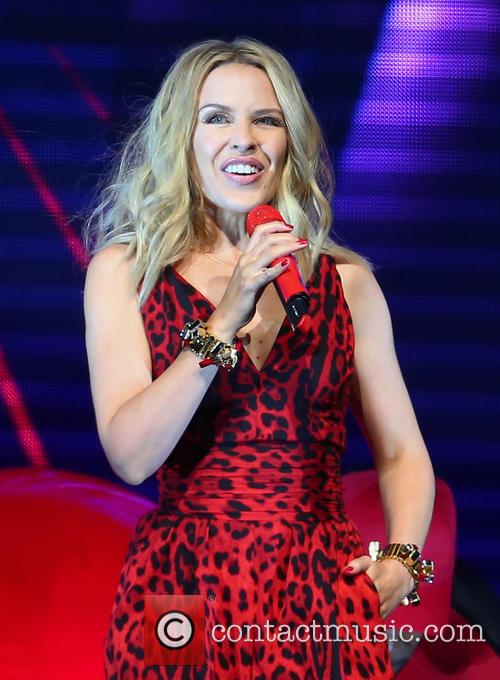 "I guess, I was at the perfect age, I was 21 years old, to get the butterfly wings and go out into the world and we collided at that time and I guess he just fast-tracked some of it. Anyway, it was a glorious time. I loved it.”

"He was uber, uber famous, he's an icon already and he was in the middle of the audience just gazing up at me and willing me with all of his heart and his love to do well. He believed in me and it was a time when so many people didn’t.”

Selecting ‘Need You Tonight’ by INXS Minogue added: "I performed it on my last world tour. I literally would have a word to him in my mind before I performed it every night.” Hutchence and Minogue dated from 1989 to 1991 and remained close friends until the frontman’s death in 1997.

More: Kylie Minogue And James Corden Have Got Together To Make A Christmas Song

Minogue also spoke about her current boyfriend actor Joshua Sasse on the programme, even letting him choose one of her selections. “I have a love in my life, which is a beautiful thing. I’m on cloud nine most of the time because of Mr Joshua Sasse, my beau,” Minogue said.

Sasse chose to read poem, 'As I Look Up', by his late father Dominic Sasse, which brought Minogue to tears. At the end of the reading, an emotional Minogue said: "I'm a mess. I think I stopped breathing for half of that. Breathe, Minogue. That was absolutely beautiful. I have tears of joy. Tears of joy, right now."