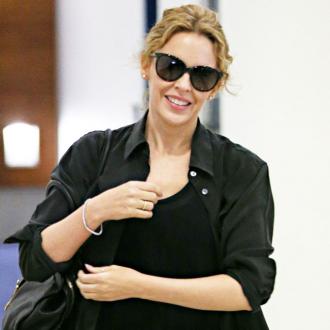 The 'I Should Be So Lucky' hitmaker split from the Spanish model in October last year after five years together but she still has feelings for him though she has moved on.

She told the Daily Star newspaper: ''I was very sad. You come out the other side - being super busy and on the cusp of so many things helps to move on.

''It was an amicable separation but I still love Andres - he's the nicest guy, he's the coolest guy.''

Kylie recently signed up to be a coach on UK TV show 'The Voice alongside Sir Tom Jones, Will.i.am and Ricky Wilson - on 'The Voice' and, because Andres was one of the people who convinced her to work on the talent contest, she feels like he is still ''with her'' despite their break-up.

The pair are said to have split because the distance between them and their working commitments made it difficult to spend time together.

Kylie has been working on her music while Andres - who will star in forthcoming film 'The End' - is hoping to break into acting.

A source previously said: ''They only went out seven times over the last 12 months.

''That made them realise how little they were seeing each other. Kylie works relentlessly on her music and touring.

''And Andres has been working on getting into acting, so there was just no time to take care of their relationship. They both realised it was pointless to carry on if they couldn't see more of each other.''