The Australian singer has been dating British actor Joshua Sasse for four months.

Kylie Minogue has sparked engagement rumours after being spotted wearing a huge diamond ring while on a night out in London. The 47-year-old singer has been dating 28-year-old British actor Joshua Sasse for just four months, but it seems the pair could be ready to settle down together. 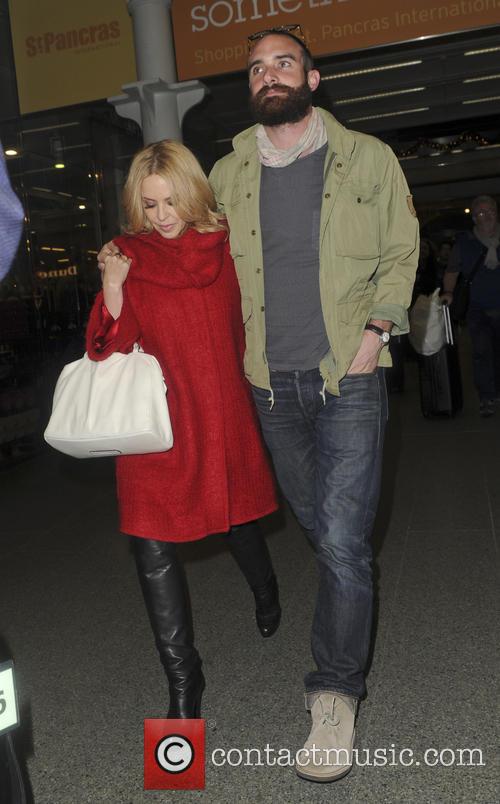 Kylie was spotted with the sparkler on Thursday night as she left London’s trendy Chiltern Firehouse with Joshua. The pair are said to have recently enjoyed a two-week skiing trip together in Geneva, where Joshua may have decided to pop the question.

A source told The Sun: “Kylie was smiling from ear to ear and was more than happy to flaunt her diamond ring. It was like she wanted the world to know. The couple recently spent the whole festive period skiing and hired a lodge for friends and family. It would have made a very romantic place for a proposal."

“Joshua recently told pals that he was ready to propose after finding the woman of his dreams and had planned the whole trip so no-one is shocked to see Kylie return back to London with a ring on her finger.”

The pair met last year when Kylie made a guest appearance on Joshua’s TV show ‘Galavant’. Speaking about Joshua during an appearance on ‘Desert Island Discs’ last year Kylie said: “I have a love in my life, which is a beautiful thing. I’m on cloud nine most of the time because of Mr Joshua Sasse, my beau.”