Kylie Minogue has revealed the name of her new album 'Kiss Me Once' which will be released in coming months. 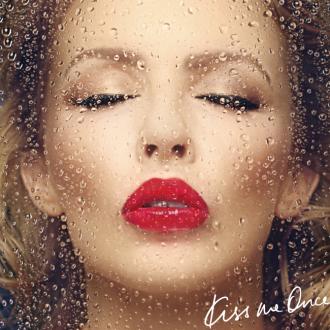 Kylie Minogue's new album will be called 'Kiss Me Once'.

The 'Celebration' singer and judge on talent show 'The Voice' has revealed the name of her upcoming record, along with the artwork, featuring a close up of her face behind a glass window covered in rain drops.

She appears with her eyes closed - wearing bright red lipstick - with the title of her 12th studio album positioned underneath in white italic writing.

The pint-sized star, 45, will release the first single 'Into The Blue' from the album on March 9, and admits it ''wasn't easy'' making her latest record, which is due to be released when this series of 'The Voice' ends.

She signed to Jay Z's Roc Nation label a year ago and says she still worries about what people will think of her new material.

She added: ''I always get nervous. I've invested a lot in this album, pretty much all of last year.

''I genuinely can't wait for people to hear it. I want to deliver the gift and move to the next phase with it.''

Kylie will give fans a taste of the new material at a MasterCard Priceless gig in March.