Kylie Minogue believes rock stars lik Rolling Stones, U2, get cooler the ''more wrinkly'' they get. 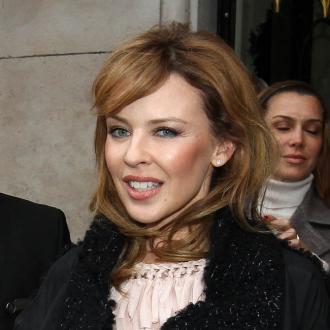 Kylie Minogue believes rock stars get cooler the ''more wrinkly'' they get.

The 44-year-old superstar believes rock musicians have an easier time than pop artists because they don't live with the constant expectations to reinvent themselves to follow modern trends or be young.

She said: ''With rock artists, the more wrinkly they are the cooler they are! The Rolling Stones, U2, they're the greatest and they're still doing it and that's incredible. I guess you've got Barbra Streisand as well. I love to see older performers still going at it. Tom Jones is probably the one for the UK - just to be on 'The Voice' every week, and still have more energy than most younger artists.''

Kylie isn't convinced she will be able to sustain her pop career in 60s or 70s like 72-year-old Tom has.

However, the 'Flower' singer - who marked 25 years in the music business this year with a slew of releases, including 'The Abbey Road Sessions' - is keen to keep on making records.

She added to website Popjustice.com: ''I don't know what I'll be doing at that stage. My friends all scoff - they say, 'come, of course you'll be doing something'. So we'll see.''