Kylie Minogue says her romance with Andres Velencoso is the most ''fulfilling'' she has ever had as she was previously attracted to ''complex'' men. 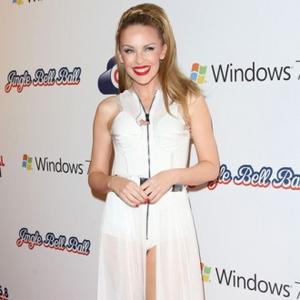 The 'All The Lovers hitmaker - who has previously dated stars including Michael Hutchence and Olivier Martinez - thinks her current relationship with Spanish model Andres Velencoso is the most fulfilling she has ever had.

Kylie said: "Is it the most fulfilling relationship I've had? It is, strangely. He's very normal but also fabulous.

"I've learnt I can still be in a fulfilling relationship. After you have a break up you wonder, can you do this again? And soon we will have been together for two years, which have gone really quickly.

"I'm not naming names but I've been attracted to complex characters. We're all complex on a certain level but it depends how much of that comes into your relationship."

Kylie believes that since battling breast cancer in 2005, she has learned to strike a better balance in her personal life.

She explained: "You want to do some growing and have some complexity otherwise it would be boring.

"But years ago, before I was ill, I didn't find the balance. And that's a lesson I've learnt, there's a lot more balance than there was."