The popstar apparently gets to keep her first name trademarked.

Kylie Minogue and Kylie Jenner have been locked in a bitter copyright battle ever since the latter tried to trademark just her first name, despite the former having used the mononym for almost thirty years. Now it seems that the popstar has successfully blocked the reality star's application. 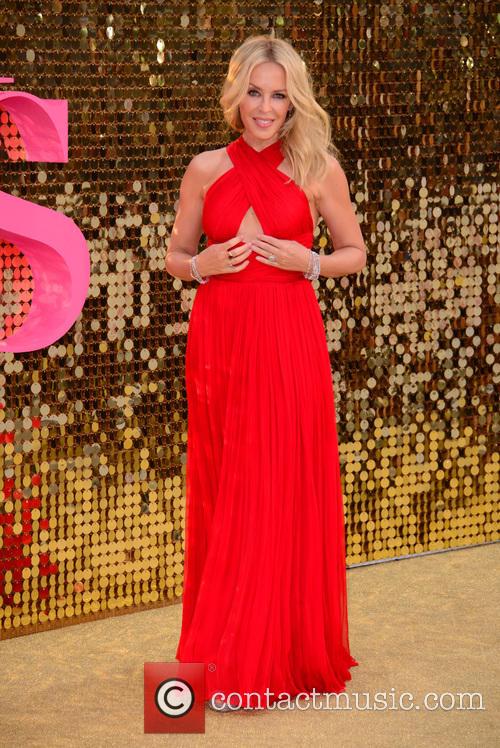 Jenner tried to apply to trademark 'Kylie' in 2014, which was just before she launched her popular lip kits for Kylie Cosmetics. Naturally, Minogue and her team immediately blocked the application to the US Patent and Trademark Office in February 2016 arguing that she was an 'internationally-renowned performing artist, humanitarian and breast cancer activist known worldwide simply as 'Kylie'', while her 'Keeping Up With The Kardashians' counterpart was simply 'a secondary reality television personality'.

'Ms. Jenner is a secondary reality television personality who appeared on the television series 'Keeping Up With the Kardashians' as a supporting character, to Ms. Jenner's half-sisters, Kim, Khloe, and Kourtney Kardashian (i.e., the Kardashians)', the documents read. 'Ms. Jenner is active on social media where her photographic exhibitionism and controversial posts have drawn criticism from, e.g., the Disability Rights and African-American communities.'

Ouch! Still, it seems to have worked because the Office in question has refused Jenner's application. On the other hand, the 19-year-old social media giant has already launched an appeal for the Office to reconsider her application. However, it's not looking good for her as the 48-year-old Australian popstar does indeed have ownership of the coveted web domain www.kylie.com.

There have been reports that the two parties have reached some kind of settlement regarding the trademark. Perhaps Minogue will get to keep 'Kylie', while Jenner changes her name to 'Kyli' or 'Kylee'? It wouldn't be a surprise. The legal representatives of both camps are yet to make any kind of public statement regarding the dispute.