'I Should Be So Lucky' singer Kylie Minogue has admitted she struggles with ''commitment'', and broke up with Andres Velencoso after experiencing a ''true epiphany''. 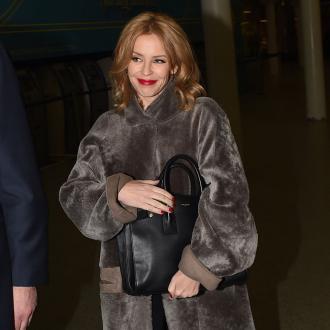 The 'I Should Be So Lucky' singer - who broke up with her boyfriend of five years, Andres Velencoso, last year - has admitted she doesn't like the idea of ''being boxed into anything'', preferring to have her freedom.

She is quoted in The Sun on Sunday newspaper as saying: ''I am not the greatest with commitment.

''I don't like being boxed into anything - thoughts, clothes, being told what you are meant to do. I'm not the most naturally committed person.''

Kylie revealed she broke off her romance with Andres after having an ''epiphany''.

She explained: ''I had a true epiphany. I had a vision of a horizon with nothing on it.

''Our lives never have nothing on the horizon, there is always something you are looking forward to or dreading, but there was nothing there.

''I felt very calm and knew in that moment that I needed a new landscape.''

Kylie also admitted she still finds it tough to talk about breast cancer - after getting the disease in 2005 and then undergoing successful treatment - and described it as ''the complete unknown''.

Speaking on Norwegian TV, she said: ''I find it difficult. I can't talk about it for fives minutes and then it is done.

''It's a huge experience that does go on ... You don't want to have that experience but your life is richer because your body has gone through terror.

''I'd never experienced that - the complete unknown.''