Kylie Minogue Gives Up On Hunks

Unlucky-in-love Pop Star Kylie Minogue Is On The Lookout For Romance With A Bald Fat Man After A String Of Failed Relationships With Famous Heartthrobs. 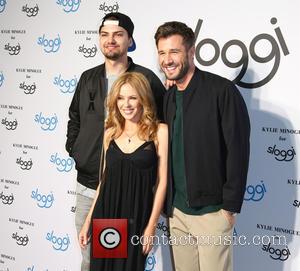 Now Minogue has decided her chequered relationship history could be down to her choice of men, so she is lowering her sights and seeking an average guy to fall in love with.

She tells Britain's Event magazine, "I don't mind grey hair, I don't mind bald or balding. I don't even mind a bit of a paunch. Maybe too good-looking is where I've been going wrong!

"I'm putting it out there. I would like to find someone. I'm a romantic. I'm not conventional. I don't think even as a kid I dreamed of a wedding day or a wedding dress but I do like being in love."