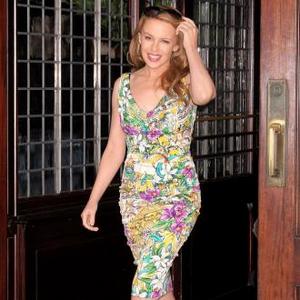 The Australian singer was honoured with the 25th Anniversary O2 Silver Clef award in recognition of her lengthy pop career and she admits she never expected to be given such an accolade.

She told BANG Showbiz: ''I never would have thought 25 years ago I could have got an award like this and I think that's why I was so emotional up there. It's really hard to comprehend and how to express my gratitude.''

Meanwhile Michael Buble was delighted with the ''great honour'' of winning the Raymond Weil International Award, which has previously

been picked up by artists including Brian Wilson, Meatloaf, U2 and Brian Adams.

Speaking at the ceremony, which took place at London's Hilton Park Lane hotel, he said: ''It's such a great honour to receive something like this, the people that have been honoured are some of the most amazing people in the world so to belong to that group is a huge privilege for me.

''And of course music is such a huge part of my life and it's a pretty incredible thing that it has the power to change people's lives.

''It makes you really proud of what you're able to do. Money and fame are all great things but the fact you can really have an impact on people is a truly amazing thing.''