Kylie apparently ended their year-long engagement when Sasse "grew close" to another woman.

Nearly a year after they announcement their engagement following a whirlwind romance, Kylie Minogue has reportedly called off her marriage to fiancé Joshua Sasse amid allegations of infidelity.

The 48 year old pop princess met Sasse, 19 years her junior, on the set of his TV series ‘Galavant’ in 2015, when she made a guest appearance on the show. Months later, in February 2016, they announced that they had gotten engaged.

However, according to a report in The Sun on Thursday (February 2nd), Kylie threw Joshua out of her home in West London this week after she discovered he “grew close” to 34 year old Spanish actress Marta Milans. The report broke just a few days after she was pictured without her engagement ring. 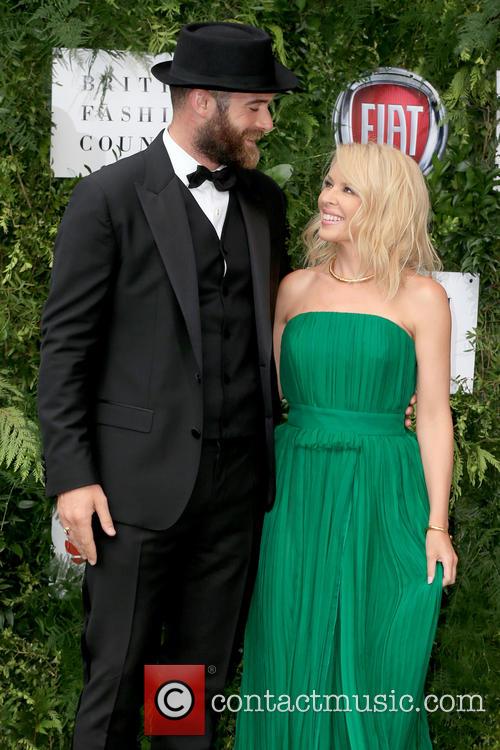 “She is absolutely devastated, totally heartbroken,” a source told the British tabloid. “She really believed he was the one. But she no longer trusts him.”

Apparently, suspicions came to a head at the end of last week when Kylie returned to Britain having spent time in Paris for Haute Couture Fashion Week.

“It was in Paris that Kylie became suspicious and returned to London to confront Joshua,” the source continued. “She immediately asked him to leave her home, which he had moved into at the start of the relationship.”

In July 2016, Kylie hinted that she was at last ready to start a family, as well as revealing that she would be taking Sasse’s name when they got married. “Taking a different name makes a statement. Nobody wants to be Mr Minogue. It takes a very strong man to put themselves in that position and I fully appreciate that,” she told You magazine.

However, they also said that they wouldn’t tie the knot until the Australian government legalise same-sex marriage.