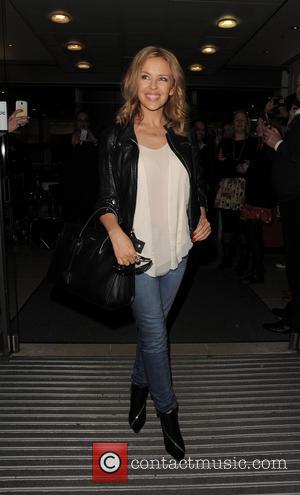 Pop star Kylie Minogue has retired her infamous gold hot pants forever by donating them to a museum in her Australian hometown.

The singer relaunched her flagging career in 2000 with her single Spinning Around, which was accompanied by an eye-catching promo video in which she strutted seductively in the skimpy gold-coloured shorts and writhed on a bar.

Fans have longed for a return of the famous item ever since, and Minogue has often teasingly suggested she will wear them again one day, but now she has announced the pants have a new home at the Performing Artists Museum in Melbourne.

They were handed to the facility's bosses along with a bundle of Minogue's stage clothes, and she is delighted the most famous hot pants in the world will be carefully cared for by museum curators.

Minogue tells Britain's Daily Star newspaper, "I don't own them because I donated everything to the Performing Artists Museum in my home town of Melbourne in Australia. You can't touch anything without white gloves on. They're going to be temperature-controlled, and taken care of."