Kylie Minogue has admitted that she's not sure she'll ever get married as her career and family are more important to her than walking down the aisle. 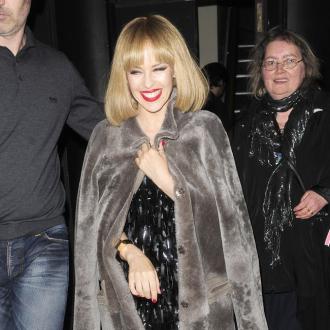 Kylie Minogue doesn't know if she'll ever get married.

The 'Can't Get You Out of My Head' hitmaker split from her boyfriend of five years Andrés Velencoso last year due to conflicting work commitments and, although she believes in the ''power of love'', she's not sure whether she'll ever settle down completely.

She said: ''I'm a romantic and I love it, and when it happens I can definitely fall hard - you're in a spin arranging everything else so you can see that person.

''But it's not so much the picture frame with the perfect couple. I don't know if someone is gonna change all that, and I'll be walking down the aisle one day, but I've never really seen it.''

The 45-year-old singer - whose Grandmother passed away last year - also admitted that work and family are the most important things in her life.

She told The Sunday Times newspaper's Style magazine: ''I'm totally fluid. For me, love is the people I work with, it's my family.''