Kylie Minogue has debuted four new songs on the first night of her 'Kiss Me Once' European tour at Liverpool's Echo Arena. 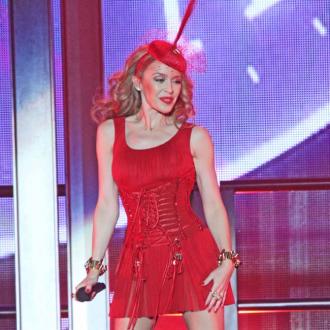 Kylie Minogue has revealed four brand new songs on the opening night of her 'Kiss Me Once' European tour.

The 46-year-old singer appeared on stage at the Echo Arena in Liverpool last night (24.09.14), where she premiered an eight-minute film - 'Sleepwalker' - featuring Kylie in an abstract dreamscape.

The film included three of her newest tracks - 'Glow', 'Wait' and 'Break This Heartbreak' - while the fourth new record, 'Chasing Ghosts', featured in the live show itself.

Looking forward to the rest of the tour, the Australian beauty explained: ''All aspects of what I do have to come together in a live environment, which is at once thrilling and nerve-wracking!

''Having so much shared energy in one place is amazing. All cast and crew come with as much energy as the audience so it's a case of chicken or the egg....we don't know who was first but we are all there for the same thing - united in that space and time.

''Also, I am aware that almost everyone in the audience has played a part in my life, and I in theirs, although we have never met.''

Kylie also confirmed she wanted to record these tracks as something for the fans to be able to enjoy immediately, and they are already available to download.