Kylie Minogue struggled to ''keep it together'' when working with producer Pharrell Williams on her new album because she is such a big fan of his work. 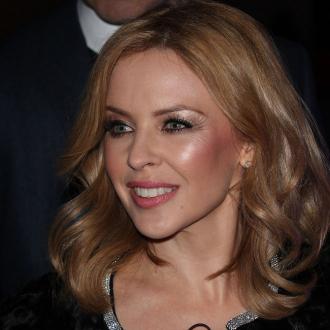 The 45-year-old singer is a huge fan of the producer and admits she struggled to ''keep it together'' when they went into the recording studio to lay down tracks for her new album 'Kiss Me Once' because she was so overwhelmed.

She said: ''It was a dream come true because I've wanted to work with him for a long time.

''I had two days with him and did two songs, one of which is on my album and it's called I Was Gonna Cancel - because I was having the worst day.

''Everything was too much. So my second day going in I was literally talking to myself saying, 'Keep it together, this is a very important day, it's Pharrell.' And I burst into tears as soon as I got there. That's why he wrote 'I Was Gonna Cancel' as I didn't feel like going, but had to.''

The first single from the album, 'Into The Blue', is accompanied by a ''racy'' video and Kylie loved getting close to French model Clement Sibony in the short film.

Speaking to Capital FM Breakfast Show hosts Dave Berry and LISA SNOWDON, she said: ''The video's racy. It's like a long lost weekend. You're dangerously in love and you have the best time and the worst time. But he made it amazing.

''The director is Dawn Shadforth who did 'Spinning Around' and 'Can't Get You Out Of My Head'. It was a lot of fun.''