Kylie Minogue has revealed she's looking for a man with charisma who she can have a good time with and who understands the demands of her career. 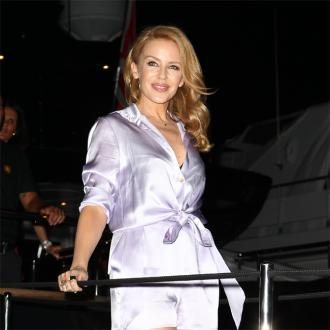 Kylie Minogue says charisma is the ''magic ingredient'' she's looking for in a man.

The 'Can't Get You Out of My Head' hitmaker - who is currently appearing alongside DWAYNE 'THE ROCK' JOHNSON in disaster movie 'San Andreas' - wants her next boyfriend to be someone she can have lots of fun with.

Asked what qualities she looks for in a guy, the 46-year-old beauty said: ''Charisma - it's the magic ingredient. I like someone to be strong, sensitive, definitely humorous and someone with whom you can have a good time. My man needs to be understanding of my career because it's a little particular. There's a lot of travel and attention from a lot of people.

''My man will have my love, but he will need to accept how I wake up in the morning - which is just like everyone else. You don't wake up ready, it is not the image that I project to the world, so they need to understand both sides of me.''

She added to Britain's HELLO! magazine: ''There is a phrase that I really latched onto during the darker times, 'You are normal'. Life presents us with some big challenges and some beautiful moments, but it becomes normal.''