Princess of Pop Kylie Minogue has cancelled an intimate gig in Sydney due to illness. The star was set to play an invite-only set on Thursday (29 March) and has vowed to make it up to fans who were hoping to attend. 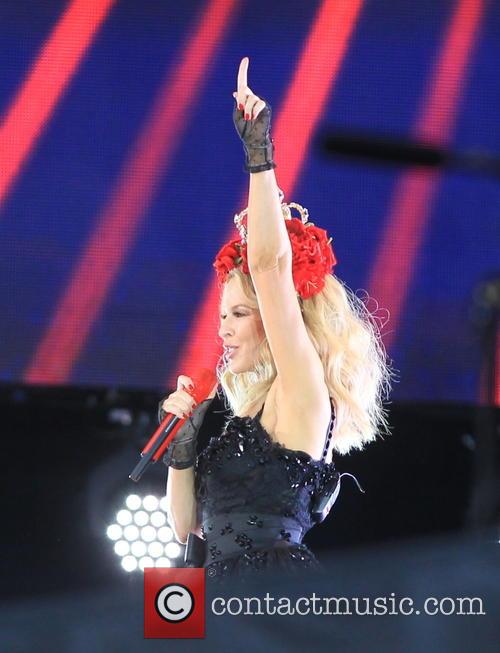 Kylie Minogue has apologised for disappointing fans in Sydney

The 49-year-old Spinning Around hitmaker hasn't performed in the city since her 2015 'Kiss Me Once' tour but told fans she was advised by a doctor to rest after a throat infection diagnosis.

In a statement posted on her Twitter account, Kylie wrote: "Hey Nova's Red Room fans. I'm so sorry to have to let you know that I can't make the Red Room show this week.

"I have a throat infection and have been advised by my doctor to rest. I have tried my best to get better in time but alas, Mother Nature needs some time to get me better.

Nova confirmed the disappointing news to competition winners and fans set to attend the intimate concert, but added that the 'Can't Get You Out of My Head' singer's "health is the main priority".

The statement read: "Although we know our winners and fans will be disappointed that they won't be able to experience this special Nova's Red Room, Kylie's health is the main priority and we wish her well with her recovery."

It comes after the singer cited illness and a need to "rest her voice" as she cancelled all remaining interviews on her current trip after an emotional chat with 'Nine' star Karl Stefanovic.

Kylie broke down in tears while discussing her split from former fiancé Joshua Sasse, 34, after their engagement ended last year.

Speaking in a preview for an upcoming episode of Australia's '60 Minutes', she said: "I had just been through a bit of a rotten time and I just thought, pffttt [sic]."

When asked about having a nervous breakdown, Kylie added: "I really did lose myself."