It would appear that the rumours are true, six weeks after Kylie was snapped sporting a massive diamond ring on her finger.

Kylie Minogue has dropped the strongest hint yet that she’s engaged to be married, as she was heard referring to her current boyfriend Joshua Sasse as her “fiancé” at an afterparty following the recent NME Awards.

Sasse, 19 years Kylie’s junior at the age of 28, has also reportedly confirmed that they’re to wed, in a report by The Sun. A source told the paper: “Kylie may have been keeping tight-lipped, but Josh isn't as keen to keep it a secret.”

Over the last six weeks, 47 year old Kylie has been photographed sporting a sizeable diamond ring on her finger, leading to rumours that she was engaged to Sasse, a British actor famous for playing the title role on ABC’s musical comedy ‘Galavant’. The pair reportedly only started dating in September 2015, after Kylie had landed a guest role on the show. 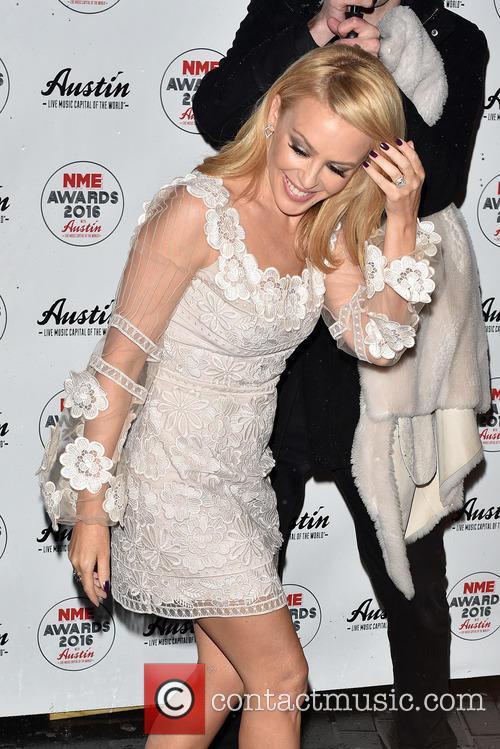 While Kylie was up on stage presenting an award at the annual NME bash, the source said that Sasse made the announcement to a group of friends to whom he was talking. “He was proudly calling her his fiancée to several guests and even joked that being with her meant he wouldn't have any trouble getting into parties.”

He is believed to have proposed to the Australian pop princess during a skiing trip over the festive period. In December, Kylie appeared on Radio 4’s ‘Desert Island Discs’ and spoke about her new love.

“I have a love of my life which is just a beautiful thing. I am kind of on cloud nine most of the time because of Mr Joshua Sasse, my beau. I want more of out of life, I really do,” said the singer about her personal life. “Who knows if family is on any one of my horizons? I don’t know. But if that were to happen that would be incredible.”