Julien Macdonald said his three-year stint as creative director of Givenchy was one of the hardest periods of his life, but is what made him who he is today. 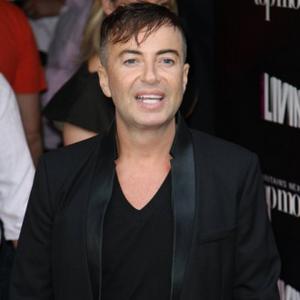 Julien Macdonald said becoming creative director of Givenchy is what made him who he is today.

The Welsh fashion designer â who's creations have been worn by stars such as Kylie Minogue and Naomi Campbell â said his three year spell at the Paris based fashion house he joined in 2001 was the hardest but most rewarding period of his professional career so far.

He said: "I entered a world you can never ever dream of.

"It was very much a love-hate relationship for me in Paris. I was on my own. I missed all my friends and family, and I wasn't entirely happy while I was there. But it made me the person I am today."

Speaking to young entrepreneurs in his hometown of Merthyr, Julien, 39, was, however, encouraging and said despite The Fashion world being "fickle", if people work hard and stay true to themselves they will be successful.

Website walesonline.co.uk reported him saying: "To be in this business you have to like people, and people have to like you. You have to plan how to speak, how to present yourself, and how to make people interested in you.

"But the advice I would like to give to businessmen and women is that you can do it.

"I have had an incredible life and it's barely even started. Anyone who has a dream should follow it."