Kylie Jenner wants to be a rapper

Kylie Jenner has reportedly teamed up with her rumoured new boyfriend Tyga to work on a rap song. 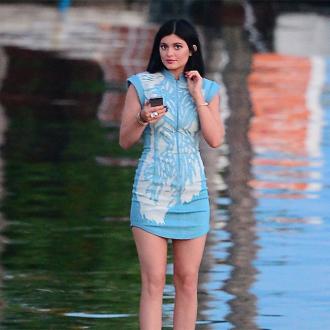 Kylie Jenner wants to be a rapper.

The 17-year-old reality TV star has reportedly been working with her rumoured new boyfriend Tyga in the recording studio, as she wants to follow in Iggy Azalea's footsteps.

A source close to the 'Keeping Up with the Kardashians' star said: ''Kylie wants to be a rapper - she loves Iggy Azalea and thinks she could be on her level, with Tyga's help.''

Kylie's parents, Kris and Bruce Jenner, are said to be amused by her career goals, but Tyga thinks she has potential.

The insider added to US Star magazine: ''He actually thinks Kylie has some talent but tells her she needs to polish her lyrics before he'll agree to do a song with her.''