Kylie Jenner has revealed she is no longer dating Jaden Smith but he is still one of her closest friends and she is now looking for a romantic boyfriend. 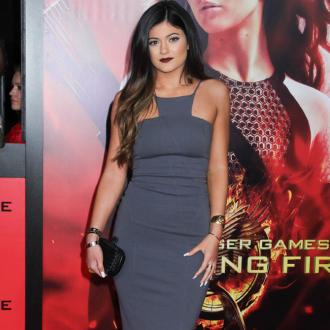 The 'Keeping Up with the Kardashians' star, who has been linked to actor Jaden Smith since March and was spotted holding hands with the 'After Earth' star at the American Music Awards on November 24, insists she is now single but still counts Jaden, 15, among her closest friends, and is thinking about bringing him to her prom.

The 16-year-old model and budding fashion designer told Seventeen Prom magazine: ''I don't have a boyfriend, but I do really want that boyfriend prom experience. I would want to go with someone who's not afraid, or doesn't think that he's too cool, to show up at my house with a rose corsage. It would be nice for the guy to come over and be respectful and nice while my mom takes prom pics.''

She added: ''But if I couldn't find a boyfriend, I would want to go with one of my best guy friends, like Jaden [Smith]. I know I'd have fun with him - he makes me laugh and he is a great dancer.''

Kylie, who was also previously linked to rapper Lil Twist, is planning to borrow a designer outfit from her sisters, Kim and Khloe Kardashian, for her special night in Los Angeles next year.

She said: ''I borrow things from my sisters' closets all of the time. For prom, I'd probably raid Khloe's for shoes (she has the best shoes!), and Kim's for dresses and handbags because I really admire her style a lot.''