Kylie Jenner reportedly threw a tantrum after she was refused alcohol at a plush hotel in Beverly Hills last week. 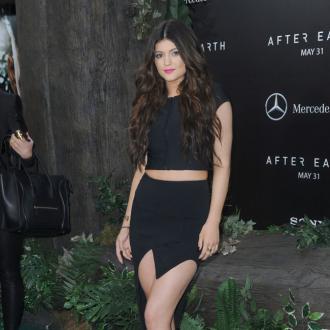 Kylie Jenner threw a tantrum after she was refused alcohol.

The 16-year-old reality TV star allegedly stormed out of a plush hotel in Beverly Hills in a fit of temper last week after the bar staff refused to supply her and her under aged pals with some booze.

A source told People magazine: ''She was a complete nightmare. She started out really nice. But when she didn't get what she wanted, it was like someone flipped a switch.''

Meanwhile, the brunette beauty and her 17-year-old sister Kendall recently sparked rumours they are using fake identification cards to get into over 21 nightclubs after they were spotted leaving the Vignette lounge in west Hollywood.

However the girls' mother Kris Jenner - who recently split from their father Bruce Jenner after 22 years of marriage - insists her daughters don't lie about their age and they don't drink alcohol.