Kylie Jenner has admitted she is ''surprised'' that people think she has had plastic surgery as ''there's no way in hell'' her mother Kris Jenner would let her. 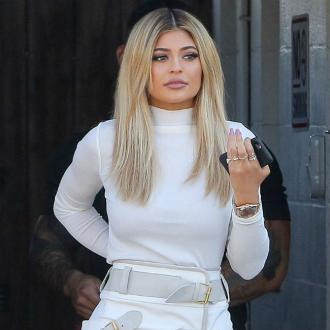 The 'Keeping Up With The Kardashians' star is bemused by the fact that people are convinced she has gone under the knife multiple times, insisting her mother Kris Jenner would never allow it.

When a Twitter used asked her why she has ''more plastic in your body than a Barbie doll,'' she responded: ''Well, I haven't done anything except my lips but nobody seems to believe that, so ... I don't really care. But, I did just turn 18, so it kind of surprises me when people think I've undergone so many surgeries.

Meanwhile, the 18-year-old beauty - who previously confessed to wearing Spanx and using waist trainers - recently denied she had got breast implants.

She shared: ''No, people - I haven't gotten breast implants! Everyone is obsessed with that. Truth is, as I've gotten older, I've gained 15 pounds and my body has changed; I've definitely filled out.

''I swear there are things you can do to work on problem areas without having to think about plastic surgery. Contouring has changed my life!''