Kylie Jenner admits she spends more time working than on her education and only does three to four hours of school work every day. 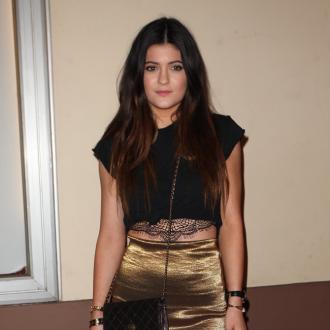 Kylie Jenner admits she spends more time working than on her education.

The 16-year-old reality TV star, who is being home-schooled by a tutor with her sister Kendall, 18, has revealed she only does a few hours of school work every day.

Asked how much time she dedicates to her education, the 'Keeping Up with the Kardashians' star told Ryan Seacrest on his radio show: ''I do like three to four. [Then] I usually work. I'm pretty busy all day.''

The teenager was allowed to drop out of her elite school in Los Angeles last year by her parents, Bruce and Kris Jenner, to focus on her career as a fashion designer.

Kylie also opened up about her sister Kim Kardashian's recent engagement to Kanye West and had no idea the rapper, 36, was going to pop the question in San Francisco's AT&T Park on Kim's 33rd birthday on October 21.

She said: ''No one knew [it was happening!]. We were on the plane, my sisters and all our friends, on the way there to surprise Kim and we just thought it was a party for her birthday and Khloe's best friend Malika was like, 'I have a feeling he's going to propose I have a feeling,' and we were like, 'No, no.' ... Mom knew, but no one else.''

She added: ''When he proposed, everyone ran to the field, and me and Khloé were literally sobbing crying on the floor we couldn't even move. We were like, 'Our lives suck!' We're so happy for them!''