The 'Keeping Up With the Kardashians' star intends to go on a girly outing for her 18th birthday. 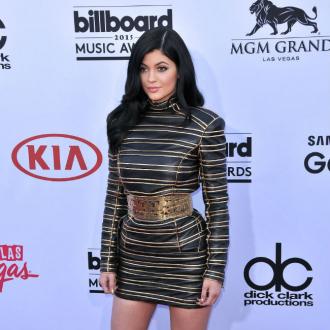 The 'Keeping Up With the Kardashians' star - who will celebrate her birthday on August 10 - intends to have a party and go on her first outing ''legally'' without a bodyguard.

The reality star told E! Online: ''What the first thing I want to do is maybe have like a birthday party and then maybe go on a trip with just my friends. I'm legal, so I can go on a trip legally without a chaperone, so that'll be fun, just a girl trip.''

The brunette star previously said her birthday would be a ''crazy'' occasion.

The 17-year-old star recently announced she is moving into her own pad and is in the process of moving out of mother, momager Kris Jenner's house.

Talking about her daughter's $2.7 million mansion, Kris said: ''You know she completely has her own style. Kylie has her own vision on how she wants her home to look. She has a few months now until she moves in, to really take her time and get it together...so she will really embrace that time...and get really creative. Kylie is really excited!''