A bad mistake for the star's latest product.

There's nothing worse than your own merchandise being littered with mistakes, and Kylie Jenner's 2017 calendar made a pretty big error by listing her birthday ten days later than it actually is. The 'Keeping Up With The Kardashians' star has yet to comment on the gaffe. 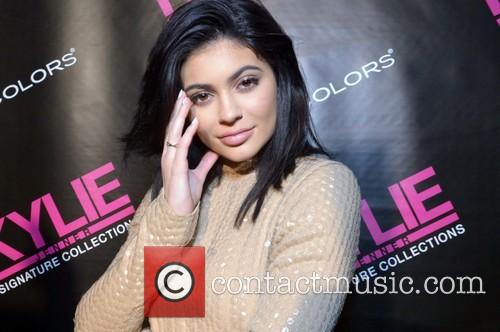 When fans picked up the sensational new calendar featuring a set of seductive photos of the reality star taken by celebrity photographer Terry Richardson, they were confused to find that Kylie's birthday was marked under August 20th with the caption '20 today'. In fact, she was actually born on Auguat 10th, which keen fans noticed immediately.

Now everyone's wondering if they're going crazy or if Wikipedia is wrong. It isn't, judging by the dates on which Kylie has celebrated her last few birthdays and subsequently documented on Instagram. Kylie originally teased some of the photos on Instagram and Snapchat, commenting: 'I want to keep the rest of the photos a secret, because I want you guys to be surprised. So f**king bomb, Terry!'

It's certainly not a good start to the year for KJ's business empire, having already drawn in a mass of complaints surrounding customer service and the quality of Kylie Cosmetics. The company was initially awarded a very poor F rating from the Better Business Bureau, to which Kylie ferociously responded.

'I've sold millions of lip kits and any complaint we have received to date has been addressed in a timely manner', she said on her website. 'I'm sick and tired of people coming for my business. I love everything about Kylie Cosmetics and I will do anything in my power to protect and improve it every day.' Luckily, the company managed to get that rating removed, so let's hope she can diffuse the chaos surrounding her latest project.

Reports suggest that many, if not all, the calendars shar the error. Still, it could've been worse - at least her name is spelt right.