Kylie Jenner is Forbes magazine's youngest self-made billionaire for a second year in a row. 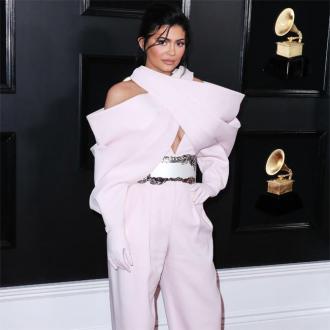 Kylie Jenner has been named Forbes' youngest self-made billionaire for a second year in a row.

The 'Keeping Up with the Kardashians' star made her huge fortune from her Kylie Cosmetics empire and, last March, she overtook Facebook founder Mark Zuckerberg to top the publication's annual World's Billionaires list.

Kylie has managed to maintain her substantial wealth, and as of November last year, she sold 51 per cent of her beauty brand to Coty Inc. for $600 million.

The deal, which wrapped in January, now values her business at an estimated $1.2 billion.

The sale and still having a 49 per cent share in the business enabled the 22-year-old reality star - who has two-year-old daughter Stormi with rapper Travis Scott - to retain her riches.

Kylie has also put her money to good use, and recently she and her mother, Kris Jenner, announced they are distributing antibacterial gels - which are currently in short supply due to the coronavirus pandemic - via the beauty conglomerate and Kylie Skin investor, Coty.

The hand gel comes with a special message for recipients, which reads: ''Dedicated to first responders working to support our communities.''

A representative for Kylie Skin confirmed that the product will be made by Coty's factories and will not affect the production of Kylie Skin products.

Kylie previously insisted she ''didn't expect'' to be so successful when she launched her beauty business, which Forbes magazine valued at least $900 million, when it launched in 2015.

She said at the time: ''I didn't expect anything. I did not foresee the future. But [the recognition] feels really good. That's a nice pat on the back.''

Most of the brand's marketing is done through social media - where the brunette beauty announces product launches, previews new items and tells fans which shades she's wearing each day - to her millions of followers across Instagram, Facebook and Twitter and Kylie believes it's been essential to her success.