TV star Kylie Jenner has revealed she keeps a framed copy of Tyga's 2012 mugshot at her $2.7 million home. 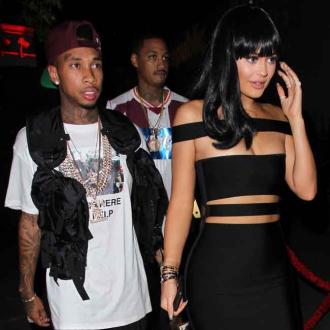 Kylie Jenner keeps a framed copy of Tyga's 2012 mugshot at her home.

The 18-year-old reality TV star has given fans a behind-the-scenes look at her $2.7 million Calabasas mansion, which she bought eight months ago, via her new app and has revealed it features a three-year-old police photograph of her rapper boyfriend.

The image was taken after Tyga spent a night in Clark County Detention Center in Nevada and sits below a vintage snap of Kylie's grandmother Esther.

This comes shortly after Kylie's older sister, 19-year-old model Kendall, said it was ''natural'' for Kylie to be a little bit jealous of her success in fashion when it first happened.

Kendall said: ''She's a Leo so she loves attention, and at certain points when we were younger, it bothered her that I was getting attention in terms of my modelling. I think that's a natural younger sister thing - to be jealous. I was jealous of her sometimes too! But now she loves what I do and supports me.

''She's very into fashion and always texts me when I'm doing a big show like, 'That is the sickest thing ever! How were the clothes?' It's as much a part of her life as it is mine.''