Kylie Jenner's wishes Caitlyn Jenner could have attended her high school graduation party in July, but understands why Kris Jenner didn't invite her. 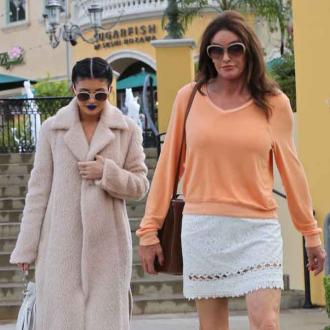 The 18-year-old reality TV star was disappointed that the former Olympian, who was known as Bruce Jenner before undergoing gender transition in May, wasn't invited to the lavish bash at her mother Kris Jenner's house in Calabasas, California in July to celebrate her and sister Kendall Jenner completing their education, but insists she ''respected [her] mom's decision'' to host the event alone.

In a new post on her website and app, the 'Keeping Up with the Kardashians' star wrote: ''Some people made a big deal about the fact that my dad wasn't included in that graduation party my mom threw for Kendall and I, and I did miss Caitlyn being there.''

While she wishes Caitlyn, who split from Kris in 2013 after 22 years of marriage, ''could have been there'' for the party, she added: ''It's understandable why she wasn't [at the party] and I respected my mom's decision about it.''

Caitlyn recently admitted to Kris during a clip for their E! series that it felt like a ''slap in the face'' to be excluded from the party.

But her ex-wife, 59, responded: ''Listen, usually people who get a divorce don't do everything together. It wasn't malicious.''