There's a lot more natural beauty out there than you think.

Yeah, headline news, right? But Kylie Jenner is well known for her unique make-up style and lately she's even been favouring wigs to complement it. This young starlet isn't just a picture of perfection with lipstick, however, she's proven that she can turn heads without the help of cosmetics.

For those who thought Kylie Jenner just woke up beautiful, well... err... you're right. She does. Her latest Instagram selfie has prompted many a fan to mutter 'Lucky Tyga' or simply sigh at their own inferior reflections. Captioned just #nofilter, the glamorous reality star wore a comfortable white sweatshirt and pants, with her hair scraped back and her hands perfectly manicured.

More: Kylie Jenner used to be jealous of Kendall

Meanwhile, her sister Kendall Jenner has been spending Sunday mornings in bed with model Cara Delevingne just as bare-faced, with the adorable addition of spectacles. Both models still represent two of the most astonishingly beautiful women in popular culture without their usual slick of make-up.

More fresh-faced bed selfies of Instagram include that of Miley Cyrus, who snapped a photo of herself tucked up with one of her dogs. 'When you wake up f**king sweating from some hectic f**king dreamz / big a$$ beast on top of you / tucked in to tight to a thick ass cosmo blanky / maybe just a sweaty f**kin b***h', she ranted, somewhat incoherently in the caption.

'Freeheld' star Ellen Page also glowed with natural beauty with a 'me and my dog' shot. She gave the camera a side grin as her pooch looked content with a tennis ball between its paws. Plus, she doesn't look a day over 21, despite not being far off 29.

Another famous blank face was Taylor Swift, who looked both surprised and thrilled at being sent a huge display of white roses from Kanye West earlier this year. The pair seem to be the best of friends now, the infamous VMA incident long forgotten. 'Awwww Kanye sent me the coolest flowers!!' She crooned.

Victoria's Secret models are often seen posting no make-up selfies on Instagram, being huge fans of sharing their heavy work-out routines. 23-year-old Karlie Kloss is no different but, earlier today, instead of a gym shot, Kloss snapped herself preparing to board a bullet train to Beijing during her trip to China. Fresh-faced and ready to catch some sights!

Finally, the actual saviour of young women everywhere, Lorde. She seems to be determined to post pictures of herself even when she thinks she's at her worst, but she looked virtually unrecognisable as she glowed while sunbathing in a hammock in Hollywood. As you do. A beauty without make-up if ever we saw one. 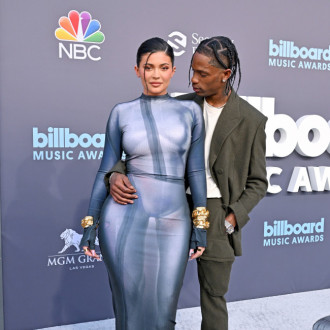