Kylie Jenner Responds To 'Haters' Who Complained About Her Lip Kit

Kylie Jenner has put her foot down regarding rumours of poor business practices within her make-up company Kylie Cosmetics following the release of her latest Lip Kits. She has now released a statement to defend herself and her business, after she received a bad rating following a bunch of complaints. 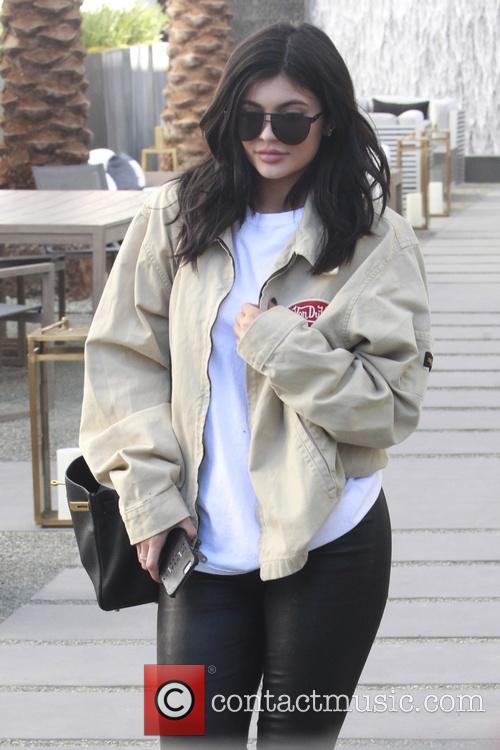 The Kylie Jenner Lip Kits are known to be well sought after products in the beauty world, being pretty much constantly sold-out as determined make-up junkies snap them up in record time, eager to mimic that famous Kylie pout. But now it seems things have changed. Since launching her newest range, the company has received 134 complaints according to BBB Business Review, who listed the cosmetics company under an F rating - their lowest possible.

The young socialite isn't taking it lying down and posted a statement to her website to clarify the situation. 'You guys are the reason I keep going and I'm motivated every day to make Kylie Cosmetics the best it can be. I'm continuing to learn and I just want to make everyone happy', she said. 'Because so many of you spoke out, I'm excited to tell you that the Better Business Bureau has looked at the facts and changed the rating.

'I've sold millions of lip kits and any complaint we've received to date has been addressed in a timely manner. I'm sick and tired of people coming for my business. I love everything about Kylie Cosmetics and I will do anything in my power to protect and improve it every day and make you guys happy. I don't want to respond to the haters but you guys deserve an answer and to know the facts. I love you and apologize to anyone who felt the urge to complain and didn't receive the service they deserve.'

We're not sure calling purchasers who are unhappy with their buying experience 'haters' is the best move, moving forward, and actually Kylie Cosmetics doesn't have a rating at all on BBB now. The website changed the 'F' rating to 'No Rating' pending an inquiry into the problems surrounding customer service and quality. Plus, reports suggest that it's not entirely truthful to say 'any complaint we've received to date has been addressed', as 5 of the complaints were apparently never resolved.

But at least you can actually order a lip kit now.